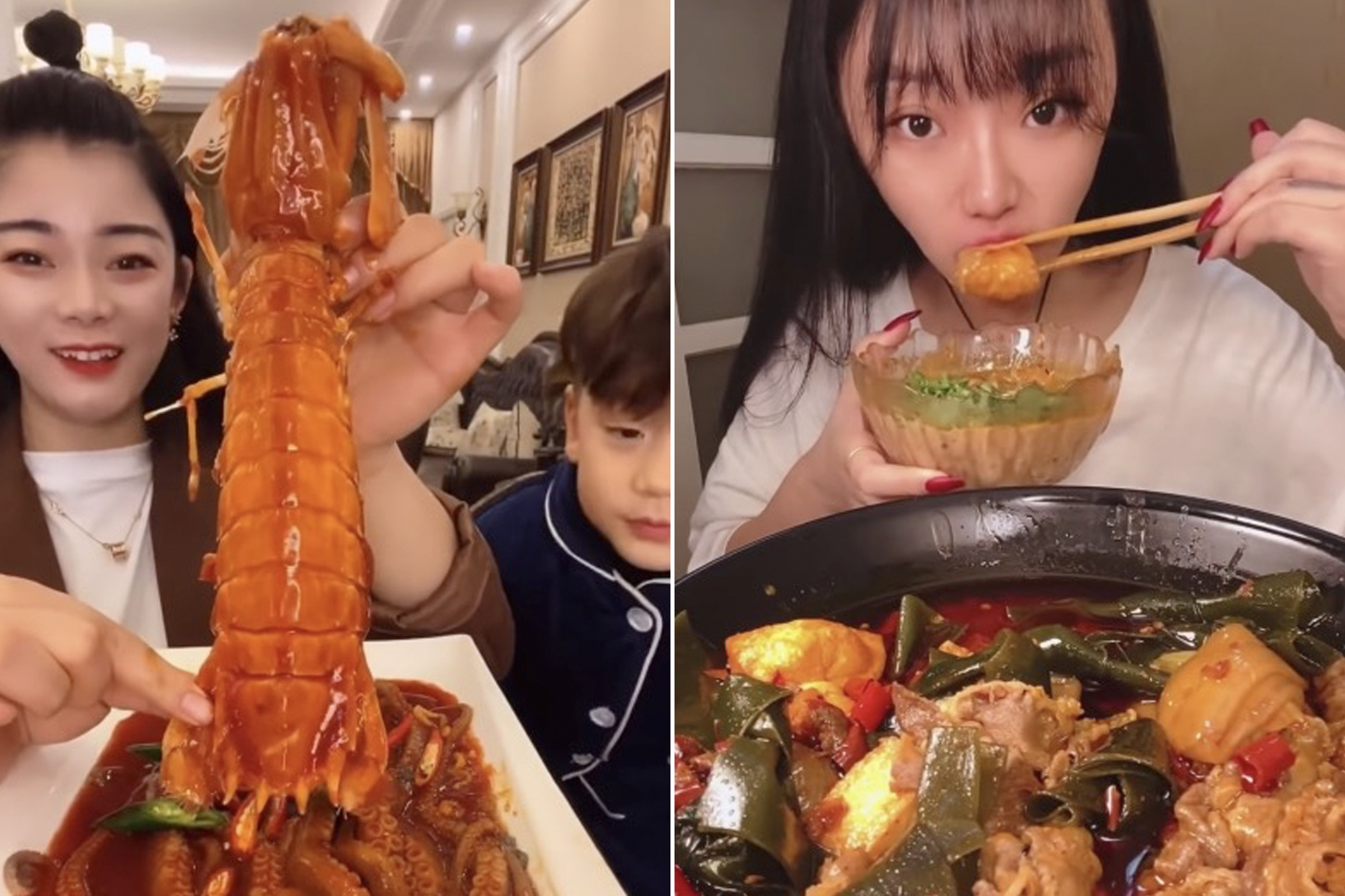 The nation’s lawmakers have proposed legislation to ban the viral videos, in which vloggers gorge on huge quantities of food for an international audience in the double-digit millions. The video trend has become something of a fetish, with beautiful women finding success as they eat their way through giant lobsters, heaping bowls of noodles, burgers stacked upon burgers and more.

The law would impose a fine of up to 100,000 yuan (about $15,290) on any content creator, entertainer or business engaging in gross food waste, including television shows and even catering services, the China News Service reported Tuesday, according to English-language Chinese news site SixthTone.com.

The binge-eating trend originated in South Korea and quickly spread throughout Asia and the rest of the world, with millions of viewers across YouTube, Facebook and various Chinese social-media sites such as WeChat and Weibo. Livestreamers have since reportedly made lucrative careers out of such videos.

The legal draft is composed of 32 articles elaborating on China’s principles of responsible consumption, regulatory and disciplinary measures, and defining just how much is too much.

The state has aimed to change the discourse around food waste, starting with Chinese youth. In October, child protection laws were updated to encourage “anti-waste” and cherish[ing] food.”

The state’s “Clean Plate Campaign” began in August, when the Wuhan Catering Industry Association introduced new limits on how any dishes may be served during group buffets. Proposition “N-1,” as it’s called, refers to the imposed restriction, wherein parties are permitted to order an amount of dishes equal to the number of diners in the group, minus one.

“We will promote the N-1 model. If there are 10 people, they are only allowed to order nine portions of food,” they said in an open letter in Chinese newspaper, the Paper. “If that’s not enough, they can add more dishes later.”

Apart from the dissipative nature of such stunts, mukbang can also lead performers into dangerous situations, such as one Chinese vlogger who nearly had her eyeball suctioned-out of its socket while attempting to eat a live octopus. Despite declaring her face “disfigured” by the cephalopod, she also promised viewers, “I’ll eat it in the next video.”