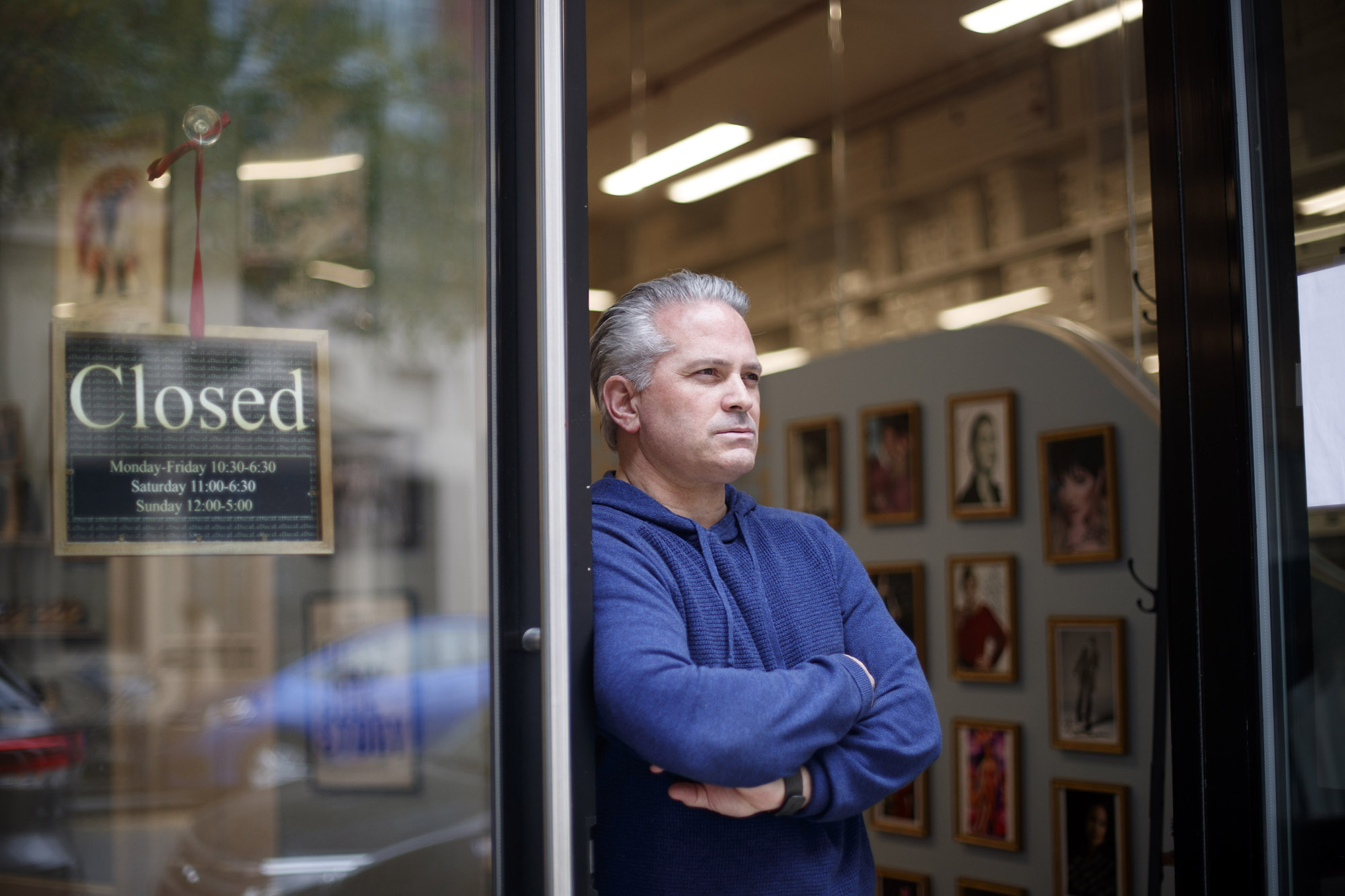 Anyone whose livelihood depends on Broadway knows where they were when they heard that theaters were closing on March 12.

But as difficult as that news was, none of the 97,000 people who work in the business of making Broadway come to life suspected that the shutdown would last for more than nine months.

Here, a snapshot of the New Yorkers who are desperately waiting for curtains to rise again in the spring or summer of 2021.

The walls of LaDuca Shoes, on West 45th Street, are lined with autographed photos of Broadway legends: Liza Minnelli, Meryl Streep, Judi Dench and Mikhail Baryshnikov. “Ninety-nine percent of the Broadway community is in our shoes every day,” manager Jerome Vivona, himself a 25-year veteran of the stage, told The Post of the store’s Italian-made wares.

The closures have been painful, to say the least. “This has been devastating to our bottom line,” said Vivona, who added that this time of year, he’d normally have sold hundreds of custom pairs of shoes to the Rockettes alone. The store has had to furlough 11 employees since the pandemic started, and is keeping afloat with online orders, FaceTime fittings and the very occasional in-person appointment for private customers. “There are so many people affected when these theaters shut down,” he said. “Broadway is our tribe. It’s our family too.”

Winzer Cleaners is so vital to Broadway’s day-to-day operations that they were honored with a special Tony for Excellence in the Theater in 2018.

Every day before the pandemic, they’d drive from theater to theater, picking up all the delicate, freshly worn costumes to take them to their facility in The Bronx for overnight cleaning and repairs. “We could have up to 20 or 30 stops on Sundays after the matinees let out,” said Winzer’s third-generation owner, Bruce Barish.

Now, Bruce and his wife and business partner, Sarah, are spending the days worrying about the condition of the dirty costumes lingering backstage, which were never cleaned after final performances in March due to the rapid pace of the shutdown. “We need to get into the theaters and get the dirty laundry so they can have costumes in pristine condition when the shows return,” Sarah said.

When she got the call offering her a spot in the pit of “Jagged Little Pill,” Kristine Kruta sat down on the Brooklyn sidewalk and wept. For the South Carolina native who first picked up a cello at age 9, it was “a lifelong dream to play on Broadway.”

The March shutdown was “earth-shattering and depressing” for Kruta, who had been touring with the Eagles since 2017. She said that she and her fellow musicians are afraid to spend money, because their future is so uncertain. “Financially, all of us are really scared since reopening hinges on so many things.”

For now, she’s focused on recording spots at home, but she can’t wait to get back to the theater. “Our jobs are our spirit,” Kruta said. “It will be like waking up Christmas morning when we get to go back.”

King Displays has made the marquees for many of Broadway’s heavy-hitting productions: “Phantom of the Opera,” “The Lion King,” “Wicked” and “The Book of Mormon,” to name a few. Usually, these eye-catching signs require quick turnaround: “A show would close on Sunday and they would want that [new] marquee installed on Monday morning,” said owner Wayne Sapper. “As soon as the marquee goes up, they can start selling tickets.”

Sapper said that when he heard the news that Broadway wouldn’t reopen until May 2021 at the soonest, “it hit my gut.” He estimates that 75 percent of his business comes from the theaters, and now, “I have very little business at all.”

But that hasn’t stopped him from being generous. A few months ago, he had signs made for the neighboring restaurants. At first he considered selling them, but he ended up giving them away to the heartfelt appreciation of small restaurant owners. “I am hopeful that in two years we will be back to some sort of normalcy,” Sapper said.

“We are more than 50 percent down and waiting for life to return” said Robert Guarino, partner at the Italian trattoria. But despite challenges, the owners decided to show their gratitude and to “help support a big part of the community that is hurting” by offering an “eat now and pay later, if you can” plan for Broadway workers.

Any night of the week, starting at 9 p.m., members of the unions and guilds — which include actors, musicians, stagehands and countless others — can dine at Nizza on a running tab, which the restaurant hopes diners will be able to repay when jobs are available again.

“This area is impacted more than other neighborhoods since we have lost both Broadway and tourism” said Guarino.

As master electrician at off-Broadway’s New Victory Theater on 42nd Street, Rachel Fraley is in charge of “pretty much everything that plugs in.” She was out of work from late March until October, during which time, “I started calling around to grocery stores,” she said, looking for a position that could help pay the bills.

This fall, however, the New Victory was able to reopen its doors to some crew members. The show that was running in the spring ended, so the space is empty. Fraley said that now, she and three other stagehands go to work on weekdays, “fix[ing] the things that never get done” in normal, busy times: “It’s normally nonstop go, go, go during the season.”

Jewelle Blackman, Yvette Gonzalez-Nacer and Kay Trinidad play the three Fates in the award-winning musical “Hadestown.” They were living the dream: The smash was about to hit its one-year anniversary on the Great White Way when COVID-19 hit.

The women left the city, with Blackman heading back to Toronto, Gonzalez-Nacer to New Jersey and Trinidad hunkering down in Erie, Pennsylvania. They kept in touch via FaceTime chats and a “Sister Fate” group text. In August, Gonzalez-Nacer sent out a text asking if they wanted to pitch the idea of recording an EP.

Immediately, Trinidad said she loved the idea: “Our voices are so different. We all bring such unique sound together … I have sung in a lot of trios, but nothing has locked in with such ferocity.”

Recorded in the city in October, “If the Fates Allow: A ‘Hadestown’ Holiday Album” was released late last month. “COVID doesn’t stop the making of art,” Blackman said.