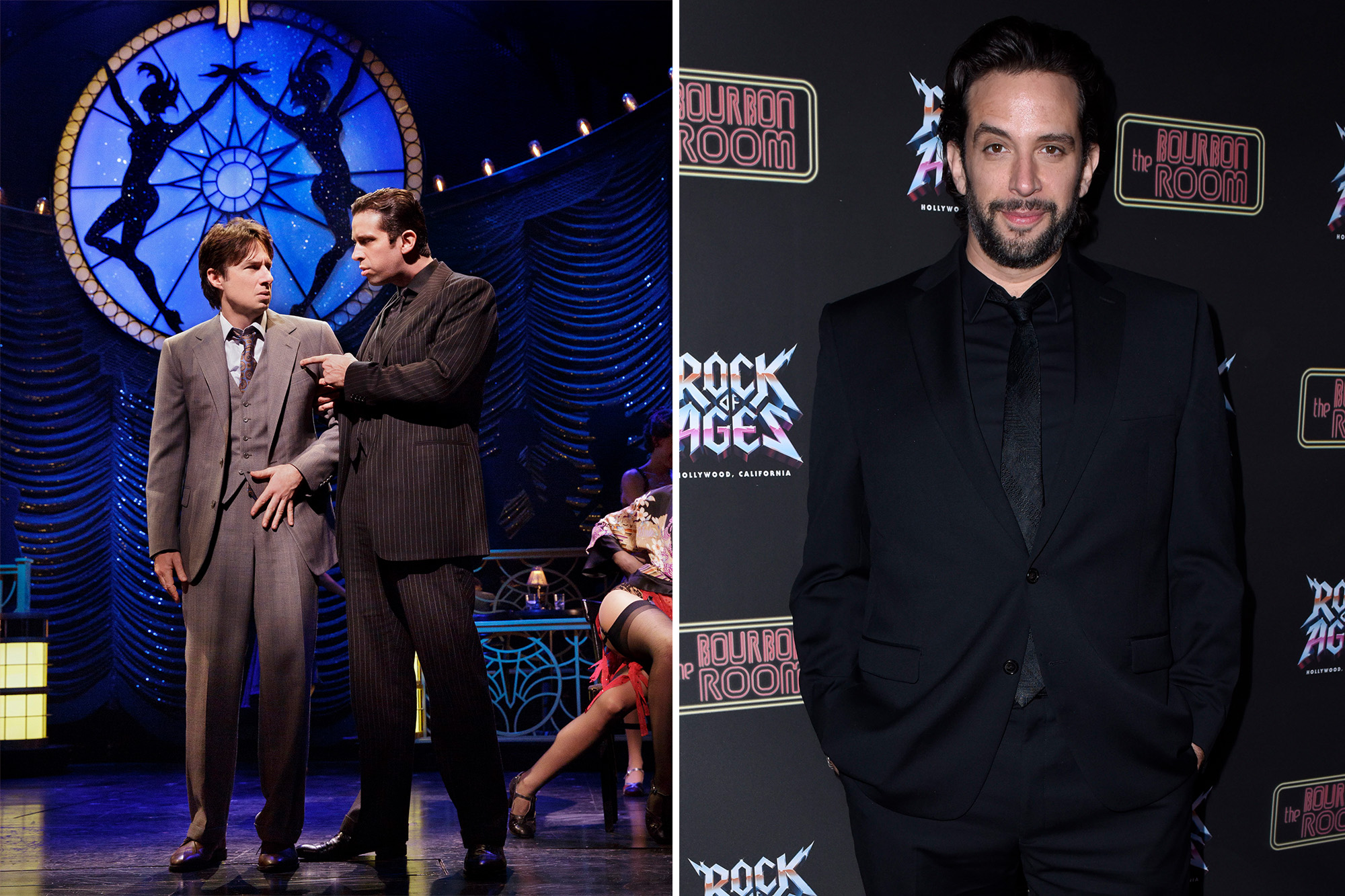 Its theaters have been dark since March, many of its 97,000 employees out of work for at least another six months, its neighborhood – Times Square – often deserted. Adding to the sadness were the deaths this year of some mighty talents.

To lift the gloom a little, let’s remember a few of them, in their own words, while they were still here, bringing us so much entertainment.

Tony-nominated for his role as Cheech in “Bullets Over Broadway,” Cordero died of COVID-19 at 41. His wife Amanda Kloots chronicled the virus’ awful toll in a series of Instagram posts that devastated the theater world. Though known for playing tough guys, Cordero was a sweetheart. “It’s fun to play villains,” he once said, “but what I like to do is tell a bit of a story about why they’re that way. I like to kind of show a little humanity, a little bit of the softer side if I can, because people don’t really expect that.”

Kretzmer – “Herbie” to his friends – began his career as a newspaperman who dabbled in songwriting. He was the TV critic for the Daily Mail when producer Cameron Mackintosh asked him to write English lyrics for “Les Misérables.” He worked five months at a fever pitch and “total anguish on my part,” he said. The first preview ran four hours. “Disaster was staring us in the face. We’d really bought it this time,” he recalled. Critics panned the show, and Kretzmer returned to the Daily Mail. But audiences embraced “Les Miz,” which has grossed almost $3 billion worldwide. “We all made so much money,” Kretzmer once told me. “More money than was good for us.”

There was nothin’ like this Dame, who was Emma Peel in “The Avengers” and Olenna Tyrell in “Game of Thrones.” Rigg was also a formidable stage actress, winning a Tony as Medea in 1994. I got to know her during the run of “My Fair Lady” in 2018, her final appearance in New York. She was miffed that leading lady Lauren Ambrose had cut back her weekly performances to seven instead of eight. “The show must go on – with ALL principals!” Rigg wrote to her producers in an email that found its way to me. I called her for a comment. “I’m flying the old flag for a generation of actors who performed even when they were at death’s door,” she said. “But I supposed it’s a tradition that has been lost. So I should just shut up.”

As a young man, Dennehy delivered meat in New York. One afternoon he caught a matinee of “A Moon for the Misbegotten,” starring Jason Robards. He immediately hung up his apron and became an actor. He went on to win Tony Awards for towering performances in “Death of a Salesman” and “Long Day’s Journey Into Night.” He also had a long career as character actor in movies, although he had some choice words about Hollywood. “The interesting thing about the movie business is they treat you like you’re 4 years old,” he once told me. “‘The car will be there to pick you up at 6:30 in the morning. Please be ready.’ In the theater you’re expected to get your ass to rehearsal on time and learn your lines. You have to be an adult. But in the movie business you’re a baby.”

One of Broadway’s great dancers, Reinking came out of retirement to choreograph the four-performance run of “Chicago” at City Center in 1996. Having danced for – and lived with – former romantic partner Bob Fosse, she knew his style better than anyone else. Director Walter Bobbie did not want to re-create Fosse’s original production, but Reinking insisted the dances be in the Fosse style. “It had to be that way. Bob was one of the main creators of the show,” she told me for my book “Singular Sensation: The Triumph of Broadway.” When an attempt to get Liza Minnelli to play Roxie Hart fell through, Bobbie asked Reinking to do it. “I’m out of shape!” she protested. Bobbie replied: “Oh, Ann. You can bowl your way through four shows.” She wound up “bowling her way” for a year on Broadway, picking up the Tony Award for Best Choreography.

A five-time Tony Award-winning playwright, McNally died of complications from COVID-19 in March at 81. His first Broadway show, “And Things That Go Bump in the Night,” featured a gay relationship, which was striking in 1965. The play flopped, but McNally went on to write “The Ritz,” “The Lisbon Traviata” and “Master Class.” He also wrote the musicals “Kiss of the Spider-Woman,” “The Full Monty” and “Ragtime.” He was in such demand as writer of musicals that he put a sign on his desk: “No more musicals.” As a young man, he had a long-term relationship with playwright Edward Albee. He recalled their first meeting: “I crashed a party, and Edward was there. In the wee hours of the morning, he offered to give me a ride home, and then he invited me up to his apartment for a drink. I thought, ‘It’s so late – won’t his wife mind?’ Shows you how good my gaydar was back then.”