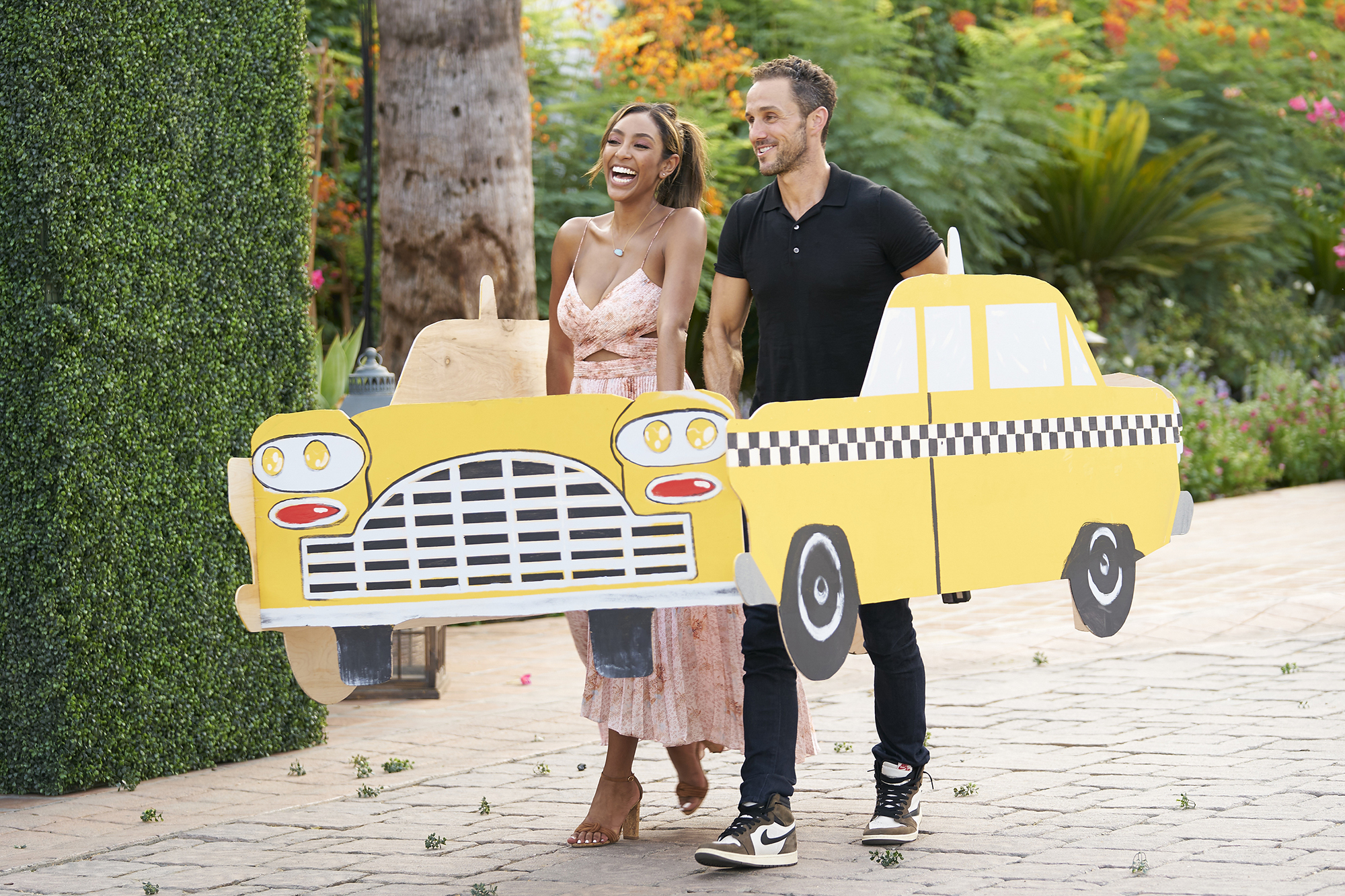 The two drove off into the sunset (in a cardboard NYC taxi cab) after a tearful proposal, capping off a dramatic two-Bachelorette season of the long-running dating show.

Their move to the Big Apple comes amid a mass exodus from the city following the coronavirus outbreak. Over the past eight months, more than 300,000 New Yorkers have fled, as crime stats tick up and the pandemic renders many of the city’s main amenities lifeless.

But who needs restaurants and jazz clubs when you’ve got an emerald-cut Neil Lane diamond engagement ring and all the hope of a reality TV romance? Not Adams and Clark, who bought a one-way ticket to New York City, where Clark works.

Tayshia Adams and Zac Clark are headed to NYC after their proposal on “The Bachelorette” finale.ABC

“We’re going to get comfortable,” addiction specialist and New Jersey native Clark, 36, told People. “And I’m going to date the heck out of her!”

Adams, 30, a former phlebotomist originally from Southern California, added that she “can’t wait to experience life with him by my side.”

However Adams hinted that she probably won’t be fully committed to life on the East Coast quite yet.

“We’re actually going to be spending Christmas in New York, which is going to be amazing,” Adams told “Good Morning America” Wednesday. “But yeah, I’m going to be bicoastal. I’ll have my place here [on the West Coast], but I’m looking forward to spending some time in New York with [him].”

Adams also said she’s open to joining Clark at the company he co-founded, Release Recovery, which is based in New York City.

“That’s a good partner to have by your side, working together to help others,” Adams told People.

In this week’s finale, Clark told Adams’ father that he was looking forward to starting a family with Adams. However, the two haven’t yet set a wedding date.

If they settle down for good in the city, they’ll be in good Bachelor Nation company — Season 16 co-Bachelorette Clare Crawley’s pick Dale Moss was recently spotted house hunting in Manhattan. It wasn’t clear if he was looking for a love nest with Crawley, though.

Zac gets down on bended knee for Tayshia in “The Bachelorette” finale.ABC