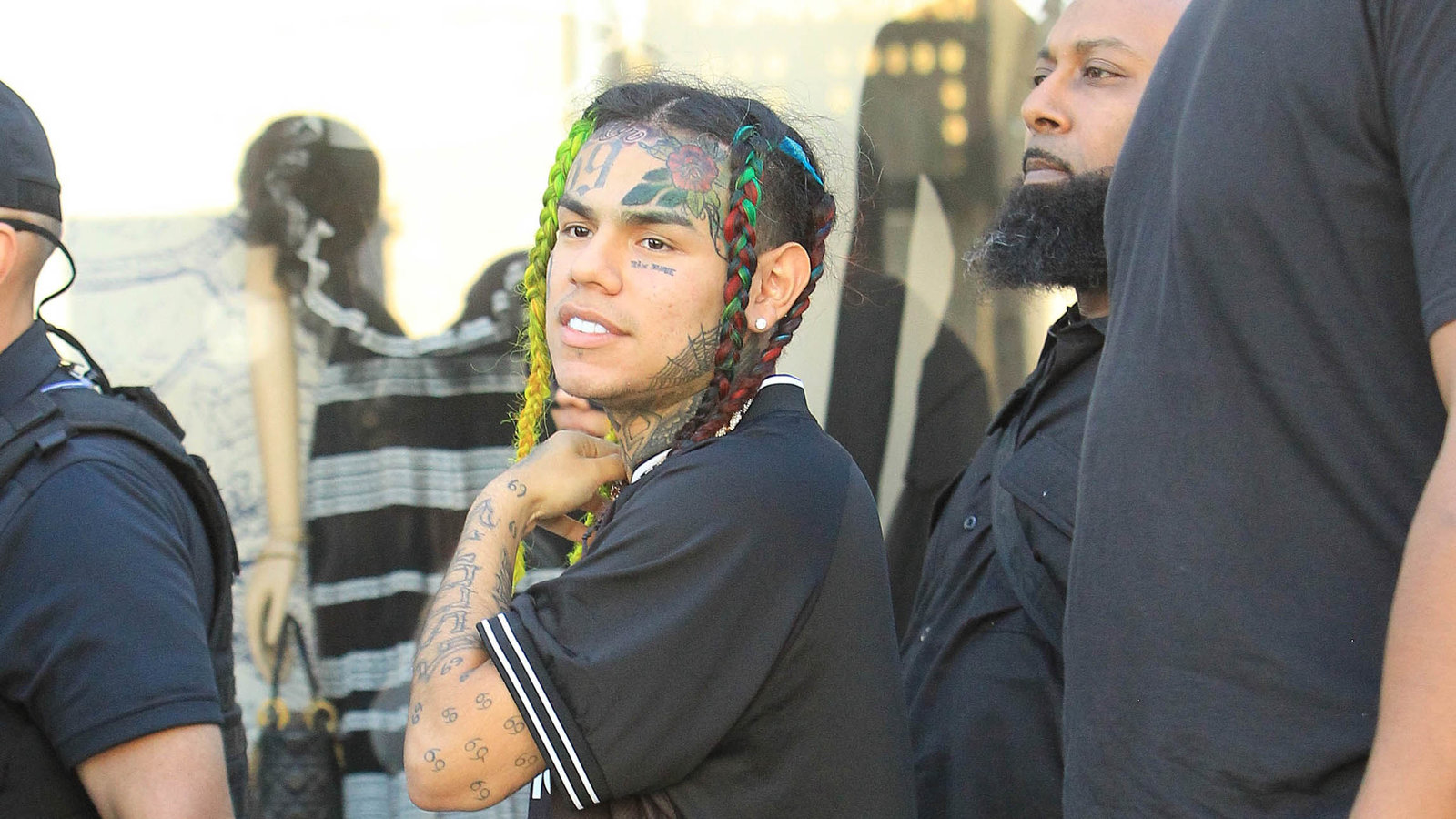 Tekashi 69 gets ban news ahead of Christmas. The Shade Room has more details about what just happened. Check out the latest report below.
TSR revealed that the victims of an April 2018 robbery in which Tekashi 69 previously admitted to being involved in, are officially suing him for damages.
TSR cites info from TMZ and notes that ‘Seketha Wonzer and Kevin Dozier, the victims in a 2018 robbery involving Tekashi 6ix9ine, have just filed a lawsuit against him, claiming that he was part of the criminal conspiracy set in motion that led to them being robbed at gunpoint in New York City.’

Tekashi testified and also pleaded guilty to the incident in federal court. In the official documents, Wonzer and Dozier are saying that they lost a fortune during the unpleasant event, including shoes, master recordings, hard drives, precious jewellery, a camera and cash, among other items,’ TMZ notes.
The lawsuit said that the whole robbery was a case of mistaken identity, and Tekashi and the other ones who were involves believed that Wonzer and Dozier were affiliated with Rap-A-Lor Records, but they said that they were not.
According to the lawsuit, Tekashi did not do the robbery by himself, but he filmed it all from a car.
Someone else said: ‘As he should be! You can’t go around robbing people 🤦🏽‍♀️’ and a commenter posted this: ‘His career went downfall after he said what he said about Nicki Minaj, it’s what he deserves.’
A fan said: ‘didn’t say anything about Nicki 🤦‍♂️ he said that it’s wrong for everyone to say it only went number 1 because of her.’
At the beginning of the month, it’s been revealed that Tekashi 69 made the day for a waitress when he left her a $2,000 top for Thanksgiving Day.
The Shade Room reveals all the available details about the grand gesture that the young rapper made.
Advertisement

Tekashi 69 Made A Waitress Happy By Leaving Her A $2,000 Tip For Thanksgiving »