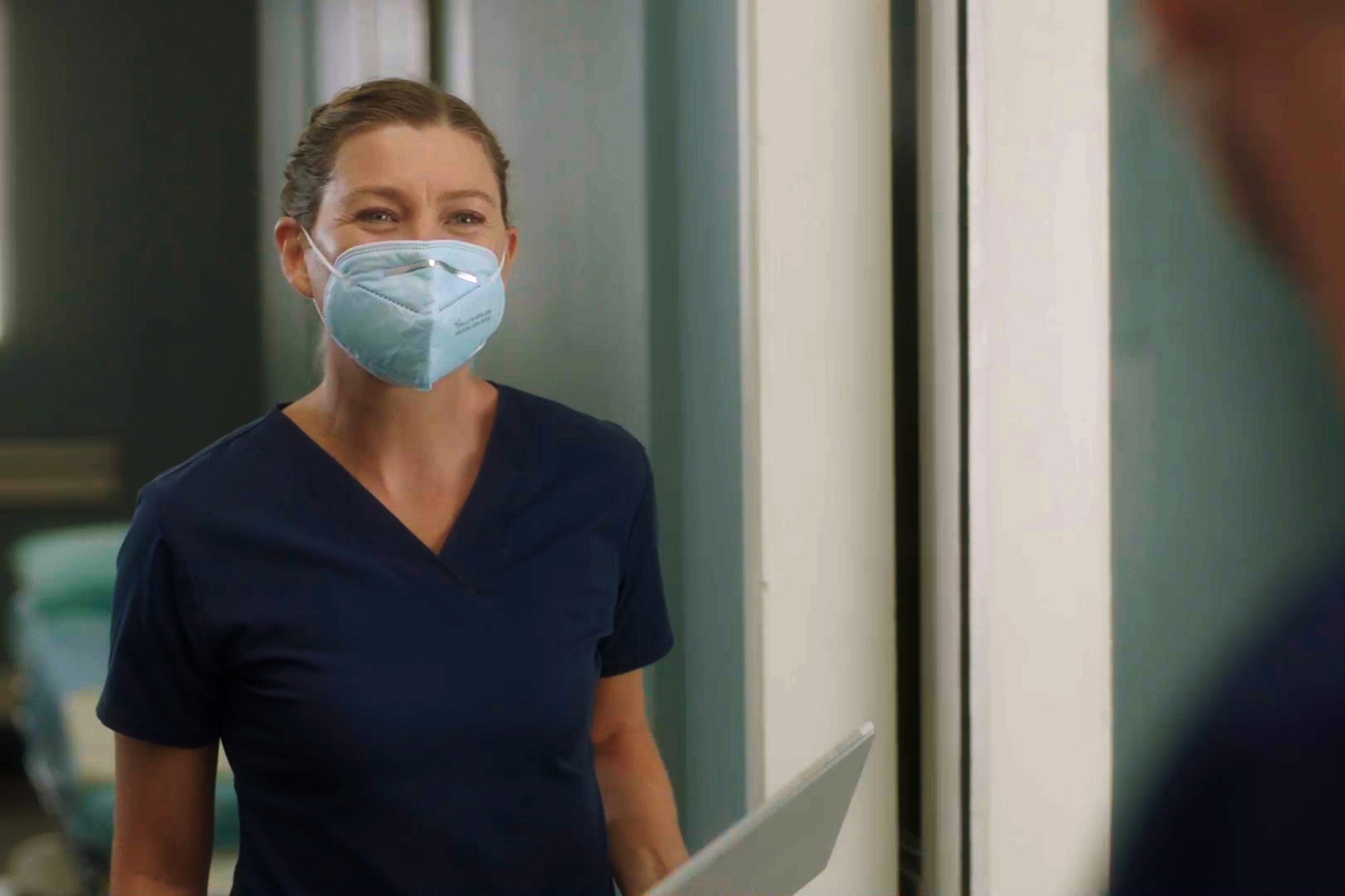 The COVID-19 pandemic threw the entire world into disarray — and it also gave TV a unique challenge: How should entertainment address “the new normal?”

In 2020, shows grappled with the question of whether it’s better to depict our current reality of social distancing and mask-wearing — or to gloss over it for the sake of escapism. Some handled it better than others.

Here, the most “meh” pandemic renditions on the small screen this year.

The long-running medical drama has dug into coronavirus, giving it to lead Meredith Grey (Ellen Pompeo). Through her COVID-induced dreams, the show has brought back beloved dead characters from past seasons, including Derek Shepard a k a McDreamy (Patrick Dempsey) and George (T.R. Knight). It’s been shocking and emotional to see them back on the show — but dream sequences with dead characters are also high-cheese soap opera territory.

Paige Spara and Freddie Highmore are seemingly post-pandemic in “The Good Doctor” this season.ABC via Getty Images

The medical drama starring Freddie Highmore took one of the more bizarre approaches to the pandemic, skipping past it to a time when it’s already over. (Highmore even delivered an onscreen message about the episode symbolizing hope for a mask-less future.) It’s a nice wish-fulfillment, but also jarring, since this isn’t supposed to be a sci-fi series. The show would have been better off not including the virus at all than taking a leap into the unknown future.

The employees of fictional “Superstore” Cloud 9 incorporated masks and social distancing — to a point.Greg Gayne/NBC

“Superstore” kicked off its sixth and final season deep in the pandemic, with depictions of Cloud 9 employees wearing masks and social distancing. After a few episodes, however, it mostly backed off with just a few nods to it here and there. On one hand it makes sense — the show isn’t about the pandemic, after all. But what’s the point of an in-between portrayal? It also feels irresponsible. While it makes sense to want to show the actors’ faces, inconsistent mask-wearing isn’t good messaging.

Jill Knox as Michelle, Keith Powell as Garret in “Connecting…”NBC

There was nothing inaccurate or objectionable about how “Connecting” portrayed the pandemic. The entire premise of the series was born from it: a group of friends staying in touch via video chat. The problem was that “Connecting” was the ultimate “who asked for this?” When audiences are in the thick of a tense scenario themselves — having to rely on video chat to see friends or family — watching it play out onscreen is simultaneously dull and depressing. It didn’t help that the cast was filled with unknowns, either. NBC axed the show after one season.

“Love in the Time of Corona,” Freeform

Tommy Dorfman and Rainey Qualley in a scene from the four-part series “Love in the Time of Corona.”Freeform

This miniseries starring Leslie Odom Jr. and his wife Nicolette Robinson was a “Love Actually” for 2020; jumping around between different couples in various scenarios. It was too middling to live up to its grandiose title and too rooted in current anxieties to provide any real sense of comfort or feel-good TV it was clearly aiming for.

In the legal drama’s episode “Dancing at Los Angeles,” Judge Lola Carmichael (Simone Missick) presided over a trial conducted via video chat. It was an impressive technical feat, but the behind-the-scenes aspect of how the cast and crew cobbled it together remotely was more riveting than the episode.

This anthology series depicted the first few months of the pandemic — including episodes with bickering couples, a virtual funeral and online support groups. The cast was solid (Mike Colter, Asante Blackk) and the subject matter was relevant. It’s just hard to drum up any profound insights about a situation that you’re in the middle of. This show might have been welcome in a decade or two, but for now add it to the list of “who asked for this right now?” programming.

The 11th and final season of the dramedy is including the pandemic mostly by digging into its economic ramifications on the Gallagher family. On one hand, the scrappy and selfish Gallaghers make for apt subjects (i.e., Debbie not wearing a mask is reflective of her personality). On the other hand, “Shameless” has never been able to decide whether it’s a gritty drama or a zany comedy, and the pandemic isn’t a great subject to try to balance that. So far in its final season, the main impact is Frank (William H. Macy) getting into dealing drugs. It’s hardly different from any other plotline he’s ever had.