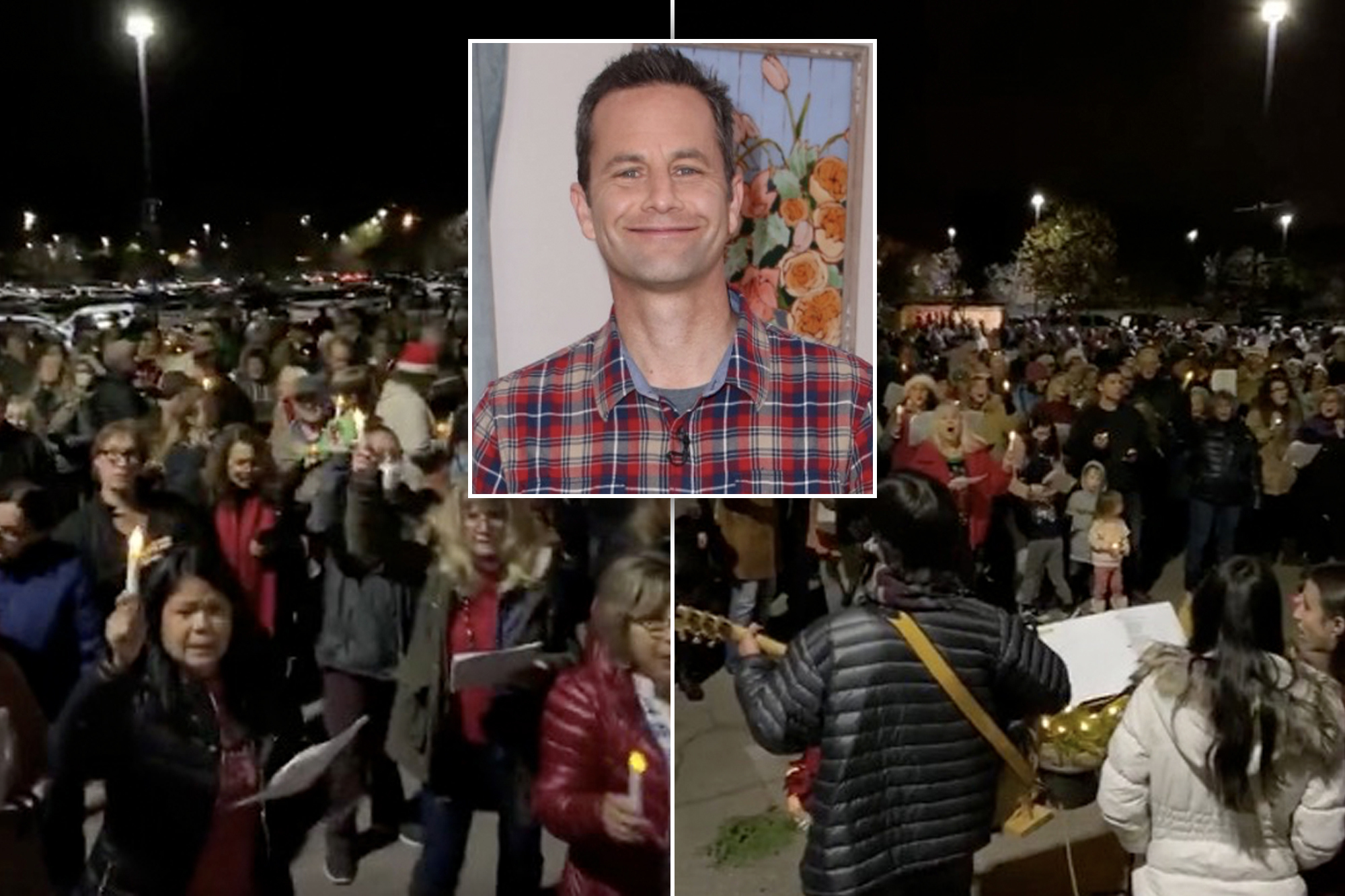 Deck the halls with drops of COVID!

Kirk Cameron rattled the world Wednesday when it was revealed he hosted a second, largely mask-less Christmas carol get-together in California. The actor, who called the singalong a “protest” against coronavirus restrictions, was dinged just last week for doing the same thing.

The Golden State racked up more than 35,000 coronavirus cases on Tuesday, and many counties there have been plunged into draconian lockdowns. Whatever. That ain’t gonna stop Cameron and at least 75 pals of all ages from singing “Good King Wenceslas” at the top of their lungs.

The former “Growing Pains” star, 50, who played Mike Seaver on the classic ABC sitcom from 1985 to 1992, courts controversy almost as readily as he earns critical pans.

Here are a few of his low-lights.

In the summer of 2017, amid Hurricanes Irma and Harvey, Cameron decided to play the part of meteorologist.

“How should we look at two giant hurricanes coming back-to-back like this?” Cameron said on a Facebook video. “One thing we know about hurricanes and all weather is that this is not Mother Nature in a bad mood, this is a spectacular display of God’s immense power.”

Those two storms led to more than 100 deaths and more than $200 billion in damage to the Caribbean and southeastern US. The island of Saint Martin, according to an official, was 95% destroyed.

Faith-based films and shows need not be cheesy and terrible. Musicals such as “Godspell” and “Jesus Christ Superstar” are staples of even the secular American cultural diet. Fine movies like “The Chronicles of Narnia: The Lion, the Witch and the Wardrobe” and classic ones such as “It’s A Wonderful Life” have obvious Christian elements (angels, savior resurrections).

Cameron just tends to pick the worst of the lot.

Since 2001, he’s played Buck Williams in the “Left Behind” series, about the aftermath of the Rapture. Critics, though, were hardly rapturous. The first entry holds a 16% on Rotten Tomatoes, and The Post’s Lou Lumenick called it “a classic case of preaching to the converted.”

The actor’s last film, 2014’s “Saving Christmas,” topped that with a zero percent rating. Bill Zwecker of the Chicago Sun-Times said, “Even devout born-again Christians will find this hard to stomach.”

In 2009, Cameron & Co. handed out revised versions of Charles Darwin’s “On the Origin of Species” at American universities, with a new 50-page preface rebutting the long-accepted scientific beliefs.

Invoking the Nazis, Cameron said in a promotional video that the new edition explains “Adolf Hitler’s undeniable connection with the theory, Darwin’s racism, his disdain for racism and Darwin’s thoughts on the existence of God.”

Piling on, he told People, “You can see where [Hitler] clearly takes Darwin’s ideas to some of their logical conclusions and compares certain races of people to lower evolutionary life forms … If you take Darwin’s theory and extend it to its logical end, it can be used to justify all number of very horrendous things.”

At the time, TMZ reported that the former child star planned to embark on a college tour, in the hopes of expanding the minds of America’s future “lawyers, doctors and politicians.”

After all, “These students aren’t stupid,” he said.

Cameron has reportedly gone on to a thriving motivational speaking career (with an emphasis on $34.99 “marriage and parenting” tips) online and at churches nationwide.