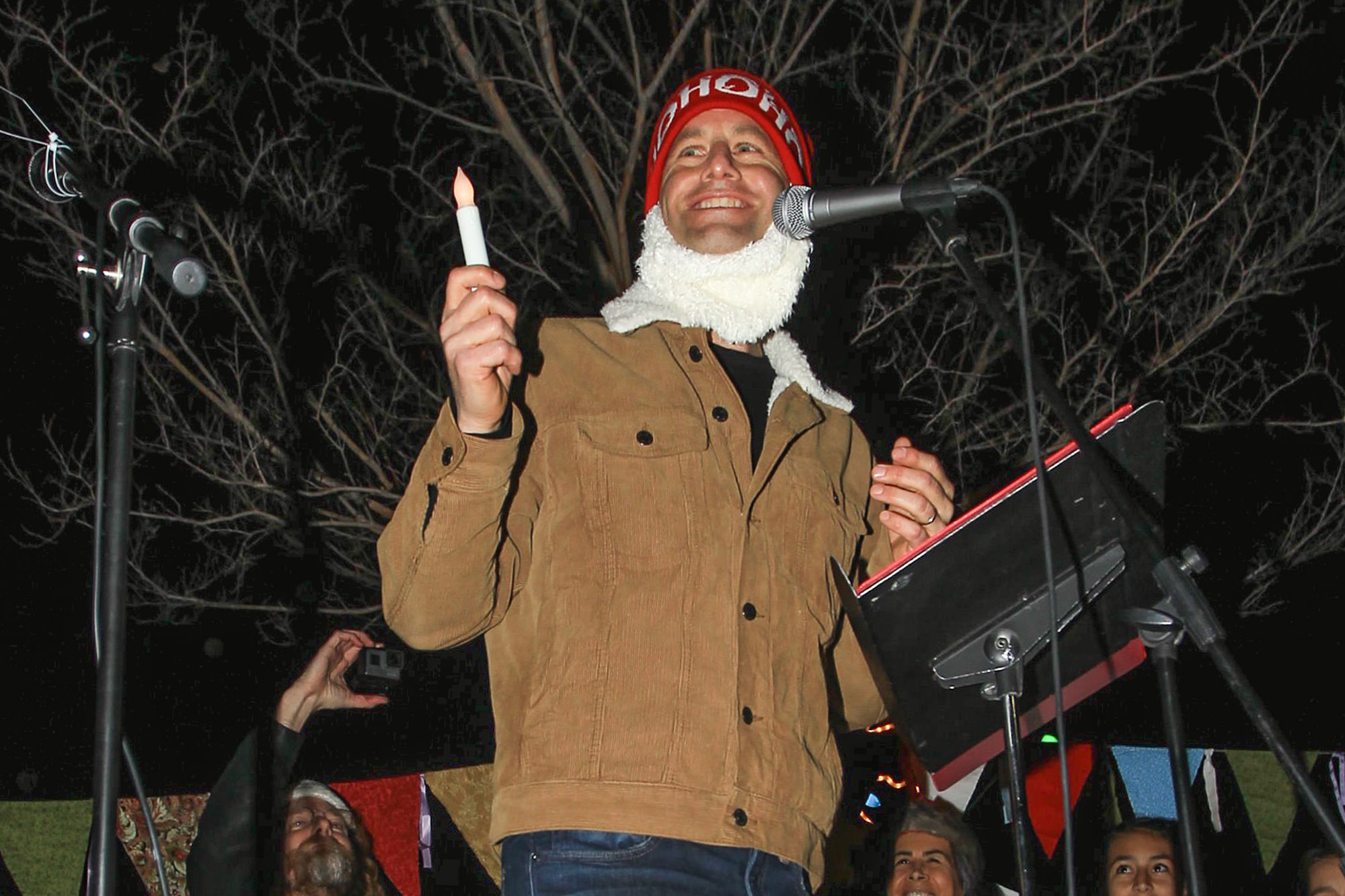 Actor Kirk Cameron hosted yet another Christmas caroling event in California — attended by mostly non-mask-wearing revelers — less than a week after he took heat for a similar gathering, according to a new report.

About 75 to 100 carolers — ranging in age from children to senior citizens — gathered outside The Oaks mall in Thousand Oaks, right next to a COVID-19 testing center, Tuesday night, KABC-TV reported.

Few could be seen wearing face coverings or practicing social distancing despite Southern California battling a massive surge in coronavirus infections, leaving hospitals filled to capacity, according to the report.

In a Facebook story message prior to the event, Cameron said a local physician called him with a reminder to “use common sense if you are going to be gathering with us tonight.”

“He recommends putting a mask over your face and socially distancing according to family groups,” Cameron said, adding that is fine if attendees “feel better doing that.”

But he said he is also “on board with” The Great Barrington Declaration, an open letter demanding governments pursue “herd immunity” in regards to COVID-19 — found to contain fake names among the “experts” as well as the general public.

Meanwhile, officials have warned that gatherings like this could serve as superspreader events, infecting multiple people in a short period of time — with those individuals, in turn, infecting family and friends.

Mall officials told the outlet the event was a “non-sanctioned event.”

“We continue to share our community’s concerns over these irresponsible — yet constitutionally protected — events and have law enforcement on property,” officials said. “We reached out to the organizer to ask that the event be moved.”

On Dec. 6, the actor hosted a similar event where “over 500 people gathered” to sing Christmas songs, according to Fox News.

In an invitation to Tuesday’s event, Cameron also referred to it as a “peaceful protest.”

“Let your voice be heard at this peaceful protest praising the Prince of Peace,” Cameron wrote on social media.