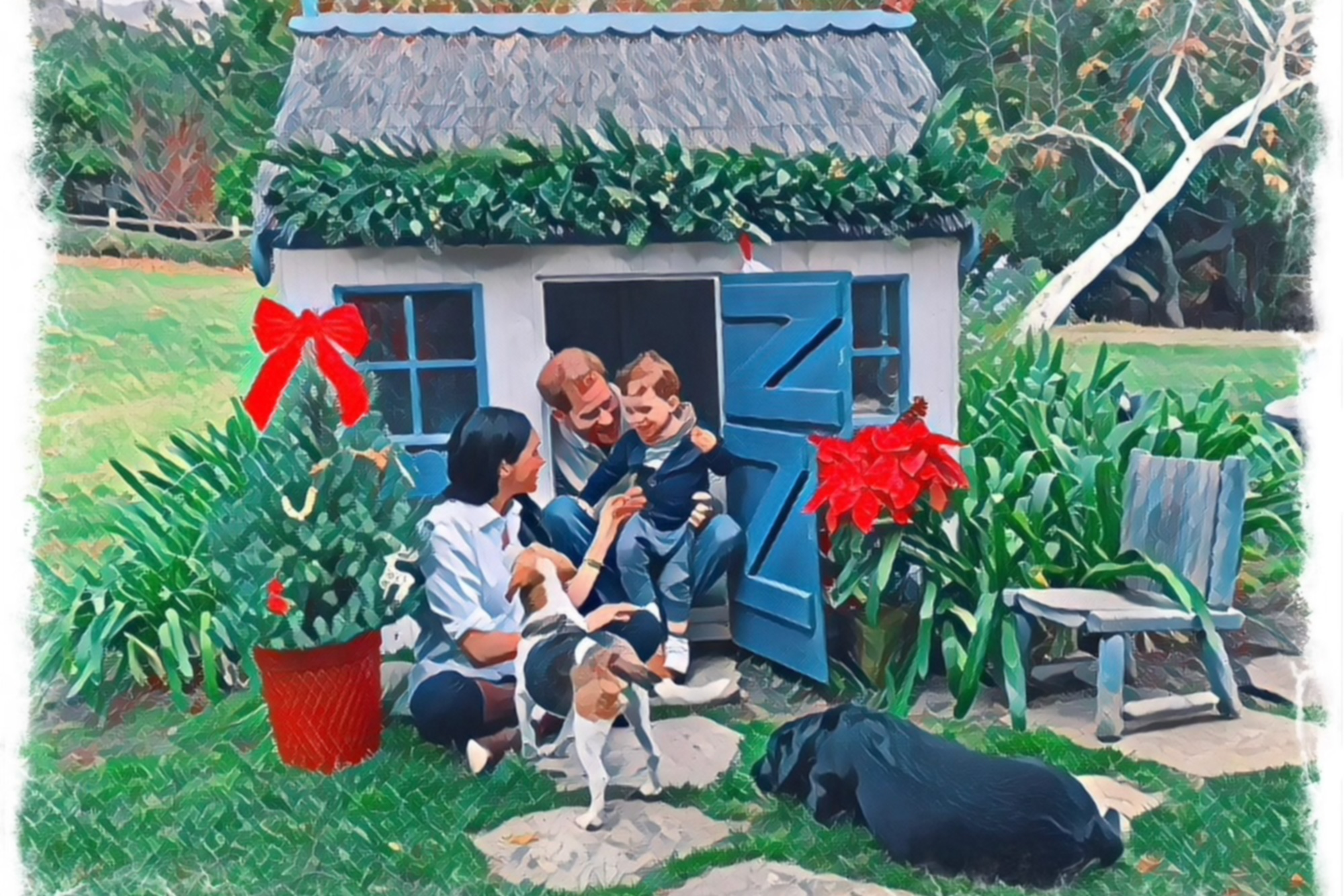 At long last, the holiday season can begin.

Prince Harry and Meghan Markle have released their first Christmas card as residents of these United States, starring their son Archie, 1, and dogs Pula and Guy. The family poses in front of a playhouse in the yard of their new Montecito home alongside such Christmas touchstones as poinsettia and a mini Christmas tree.

At least, we think that’s what’s happening in the photo, which appears to have been run through Photoshop’s dry brush filter in an attempt to make it resemble a painting, though the finished product suggests more “Vaseline on a Fujifilm lens” than Caravaggio.

A spokesperson for the family explained, “The original photo of the family was taken at their home earlier this month by The Duchess’s mother. The small Christmas tree, including the homemade ornaments and other decorations, was selected by Archie, and the tree will be replanted after the holidays.” So there you have it.

It may seem hard to believe given 2020’s interminable pace, but Megxit only occurred in January. Since then, the 36-year-old Harry and Meghan, 39, have spent time in Canada, rented one of Tyler Perry’s homes in Beverly Hills, purchased their $14.65 million Montecito homestead and decided to enter the fast-paced, exciting world of podcasting with a reportedly multimillion-dollar deal with Spotify.